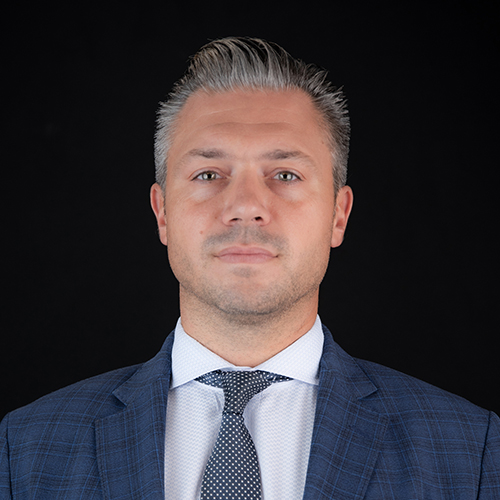 With an extensive background in executive leadership and business development, Matt Sacco offers clients of Rubin, Turnbull & Associates seasoned lobbying expertise as well as the ability to advise them more broadly on business strategy. Based in the Fort Lauderdale office, Sacco represents entities across the full spectrum of regulated industries and played a key role in Broward County’s successful transportation sales tax campaign on behalf of the firm.

Prior to joining the firm in 2017, Sacco held executive roles for more than a dozen years in the sports and entertainment industries globally and in Florida. He served as senior vice president of strategy for Roc Nation, the high-profile entertainment company founded by Jay-Z. In that role he oversaw branding, business development and strategic partnerships for the company’s diverse portfolio of artists, athletes, events, tours and other assets.

Sacco previously served as executive vice president and chief communications officer for Sunrise Sports & Entertainment, the Florida Panthers Hockey Club and the BB&T Center in Sunrise, Fla., where his role spanned communications, public affairs and marketing. With his eclectic blend of senior-level private sector experience, Sacco can offer insight to clients on a broad range of business models and emerging technologies.

A strong believer in community service, Sacco has provided leadership to a number of organizations in the greater Fort Lauderdale community and currently serves on the National Board for MADD, the Broward Sheriff’s Foundation Board, the Winterfest Boat Parade Board and is a Cornerstone Society Member for the Make A Wish Foundation’s Southern Florida Chapter. Sacco also previously served on the boards of the Broward Health Foundation, Young at Art Children’s Museum and the Florida Sports Foundation and was named Leukemia & Lymphoma Society Man of The Year Fort Lauderdale in 2012, and chaired the same campaign for 2013 and 2014.

An author and journalist whose writing has appeared in the New York Post, Boston Herald and other publications, Sacco has also been a guest lecturer at major universities.  A New York City native, he earned his bachelor’s degree in journalism with a minor in English from the University of Massachusetts.